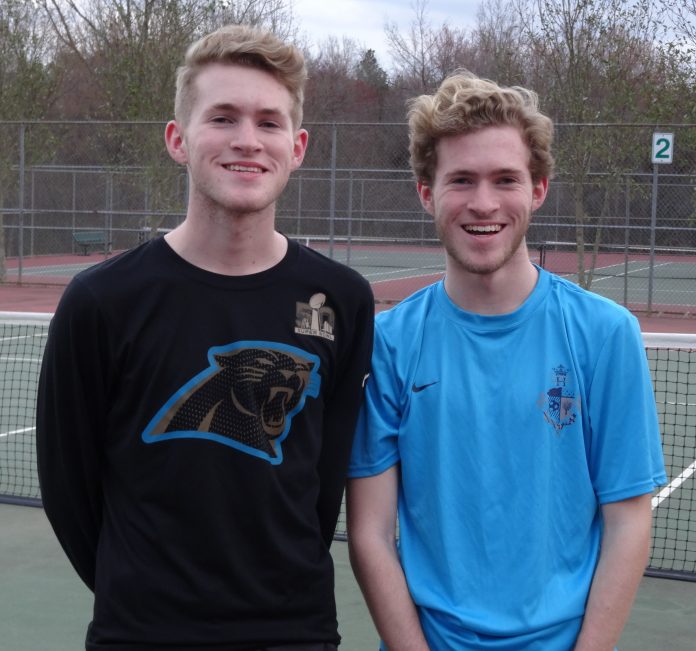 The QGHS Stallions will bring their rackets and will be able to compete in the Uwharrie Athletic Conference this Spring season.   Last year the team finished with a 6-9 record and their goal is to improve and have a winning season.

Their two top players are the Braswell brothers Luke and Jake.  Luke is the number #1 rated player, while Jake is #2.  This twin brother combination is potent and lethal when it comes to matching up with their opponents.  They will play in both singles competition and are a dynamic duo in doubles.  They made the regionals last year and lost a tight match in the first round, however, the brothers are stronger this season and more experienced.  They are expected to go deeper into the regionals and make a serious impact.

The expectations for this season are to be competitive with North Stanly and Albemarle High School who are considered to be the top two clubs in the conference.  The coach believes his boys will be on par or better than Union Academy and South Stanly.

Therefore, clearly the strength of this team is their singles game.  Beyond the Braswell brothers the coach needs to field two additional doubles teams and he is working on his strategy for the best match-ups from all team members.

Coach Tim Miller operates Tim’s Tennis USA and MHAA commissioned his tennis clinics to be the “Tennis Providers” for Mint Hill Youth.  So if there are any aspiring young athletes from the local elementary and middle schools who want to learn how to play tennis or potentially play tennis competitively the coach can be reached at the following website www.timstennisusa.com.

Coach Miller really has a genuine passion for the game.  He enjoys introducing and teaching the fundamentals while developing interest in our local youth to participate and learn to play a game they can enjoy recreationally throughout a lifetime.