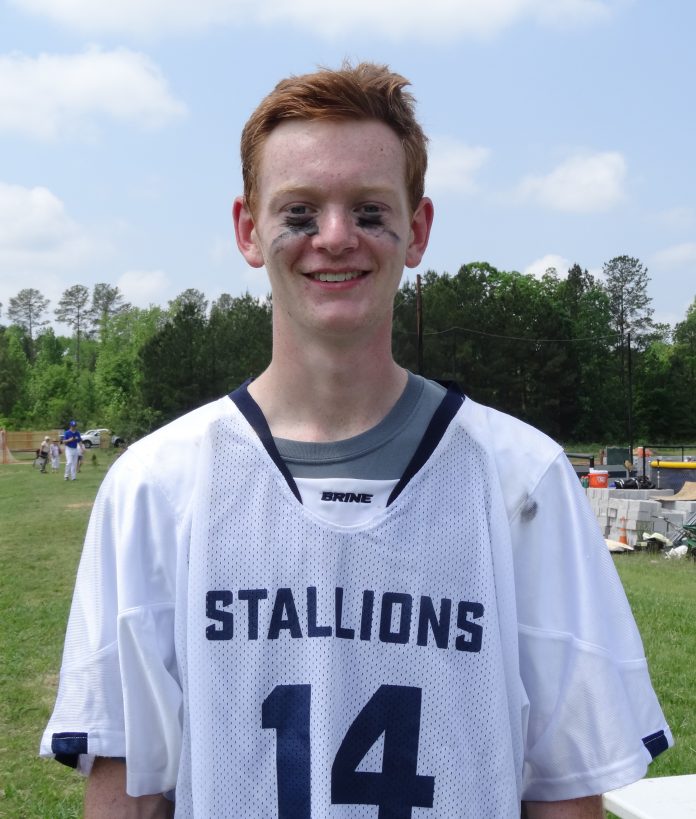 Mathew Balich joined the Stallions lacrosse team this spring as a senior varsity defenseman.  He has  been active playing lacrosse for seven years and in middle school.  As a defensive position player, he is responsible to stop, stall, or prevent the opponents attacking players from scoring while protecting the goalkeeper from unwanted pressure.  He has performed very well and has been extremely consistent with his defensive efforts throughout the entire season.

When it comes to managing academics and playing lacrosse, Matthew focuses on taking good notes and planning his daily activities.  He is taking advantage of an early release during his last semester,  and is able to plan accordingly to meet all his responsibilities.

He has a normal workout routine which includes daily push-ups, sit-ups, squats, and stretching exercises to keep himself physically fit.  He will also run wind sprints because it helps with his stamina, speed, and lateral quickness on the field of play.

What clearly motivates Matthew are his parents who have dedicated their working life to the best interests of the family.  They are hard working, set priorities, establish goals, and he wants to emulate their example.  As an athlete his teammates keep him focused.  “I push myself to do the best I can for the team; I don’t want to let my teammates down,” said Matthew.

After graduation he intends to study at a four year college or university to obtain a bachelor’s degree in criminology or criminal justice.  He is reviewing his choices and will be making a decision shortly.  He eventually wants to join the United States Marine Corps Officers Program after he graduates from college.  His mission is to get involved in security and law enforcement as a career in the military and later in government or the private sector.

Up Close and Personal with Matthew: