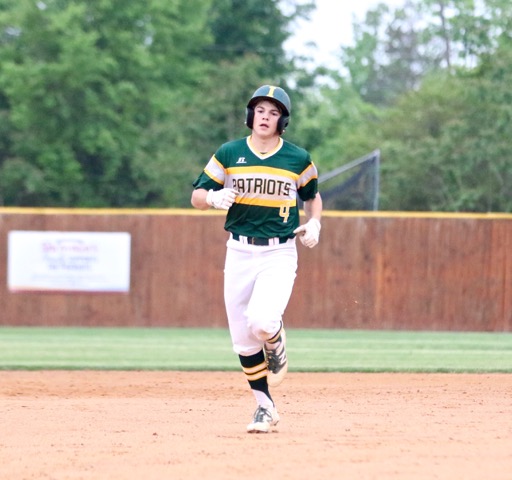 On Wednesday the Independence baseball team hosted the Providence
Panthers in a non-conference baseball game.

Indy got on the board in the bottom half of the third inning when Matthew
Mangum blasted a solo home run over the left field wall cutting the score
to 2-1.

The Patriots took the lead in the fourth inning when Cooper Fandel singled
to center field. Noah Howie followed and reached after being hit by a pitch
putting runners on first and second with no outs. Dylan Giorgio picked up
an RBI on a sacrifice fly to right center. Michael Menzer drove in Indy’s
third run hitting a double off the left field wall putting Indy up 3-2 after four
full innings.

Indy had another scoring chance in the sixth but left Nate Brown stranded
at third.

The Panthers were unable to score in the top of the seventh and Indy
took the victory 3-2.

Nick Milton picked up the win. He went the distance for the Patriots
giving up two runs on six hits, one walk and had three strike outs.

Independence improved to 9-12 while Providence goes to 15-6.