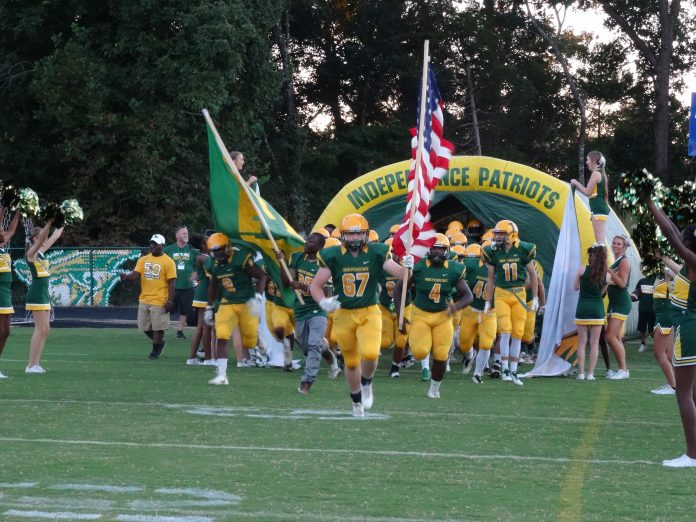 Independence High School opened in the Fall Semester of 1966 fifty years ago.  The first graduating class was in 1967, and three classes were invited back ’67, ’68, and ’69 to celebrate the occasion.  The school will be celebrating all year and this past Friday night on September 30th the alumni had a reunion party.  Also, all the alumni classes were introduced prior to the Homecoming football game at the Patriots Stadium.

Independence opened as one of the first fully integrated schools as part of an Experimental Model School Unit initiative partially funded by a federal grant.  The unit included other schools in the area beyond Independence.  There were two Junior High Schools and six elementary feeder schools in the program.  J.H. Gunn at the time, was considered the best African American school in the country.  The school was closed and all those students were reassigned to Independence.  Other students were reassigned from Garinger, East Mecklenburg, and some from Myers Park High School for junior and senior classes.  The Junior High Schools supplied the lower grades from five different schools.

Meanwhile, Independence has grown and evolved over the years.  There are long standing traditions which include the Indy cannon which still is used today when the Patriots football team scores a touchdown.  In fact, the school colors of Green and Gold were adopted during that first year to emulate the Green Bay Packers and legendary coach Vince Lombardi.  According to Lou Lagana, class of 1968, who was an offensive and defensive lineman on the original football team, and catcher on the baseball team, several players lobbied the school to adopt the Green and Gold colors.  The effort made was successful as the Green and Gold is still worn proudly today.

The Homecoming celebration started the week of September 26 -30 with the Green and Gold Ball over the weekend the school’s first homecoming dance in 20 years.  Last week was dubbed Spirit Week which included activities for each day of the week.  Monday was jersey or college day, Tuesday was twin day, Wednesday is holiday day, Thursday is dress like its 1967 day or known by the students as Throwback Thursday, and Friday is Green and Gold day. 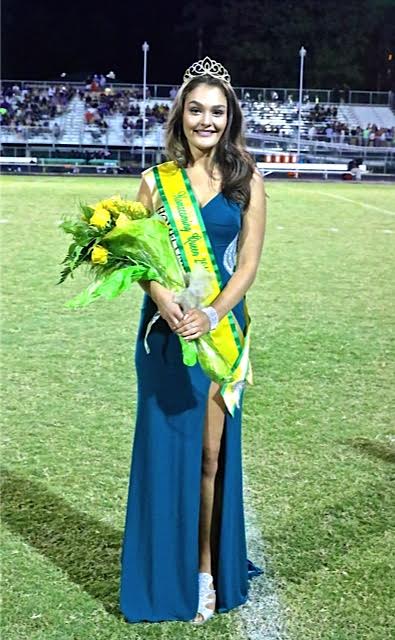 On Friday after the 4th period the festivities kicked off at 1:00 PM the school had a pep rally in the main gymnasium.  All the fall sports teams were represented, the cheerleaders, twirler, Patriot band, and an electric aerobic dancing entertainment group of former graduates and friends from a college thrilled and excited the student body with their routine.   Also, at the Friday night football game the first 1000 fans who attend the game, received green and gold pom-poms.  At half time the Indy faithful, and student body, crowned their homecoming queen.  Ms. Taylor Miller was crowned the 2016 Homecoming Queen to the delight of many in the crowd.

This past week has been packed with a lot of activity, festivities and celebration at the “Big I” where school spirit and tradition are alive and well.