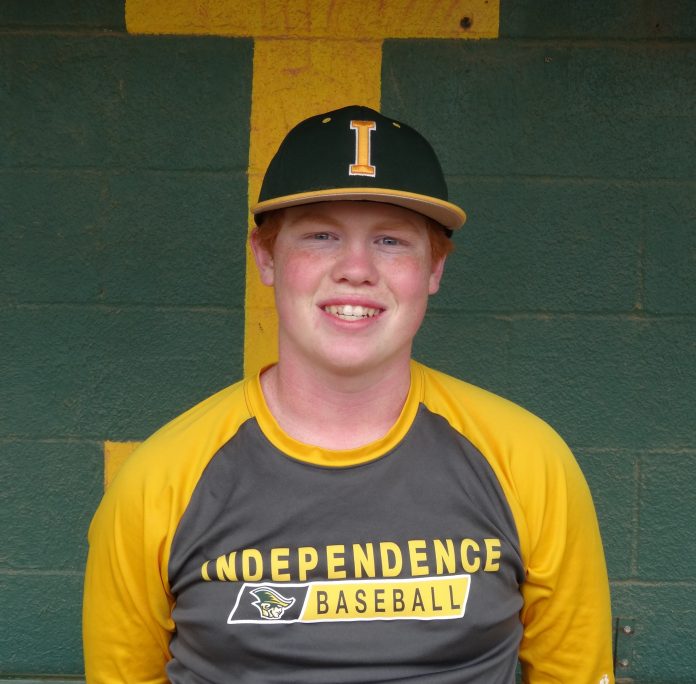 Chris Castellucci is the senior back-up catcher for the Patriots varsity baseball team.  He has been in Coach Cooke’s program for the past three years, and on the varsity squad for two seasons, including his senior year.  He can also back-up at second base, which makes him a valuable utility player.

When it comes to academics, Chris is another player who is taking advantage of the early release program his last semester at school.  It gives him the time to get all his assignments completed prior to practice and late games.  He uses a daily planner and calendar to manage his time, plan, and keep organized.

Chris is not a big physical athlete; however, he is a hard worker an overachiever.  He attends a local area gym a couple of days weekly with a few teammates mostly for conditioning.  They follow Coach Cooke’s workout routine geared for baseball players.  Also, he frequents the Indy baseball field on weekends to practice with other varsity players to get extra batting, fielding, and work on his throws to each base from his catcher’s position.

What keeps him motivated is he tries to set a good example for the underclassman.  Also, he wants to be the best person he possibly can become.  He enjoys the competition, and works hard on the field to make sure he has a secure spot on the team.

When he graduates from Indy, his plan is to attend East Carolina University and take all the required courses before he actually declares a major.  He has not made a final decision on what career field he wants to pursue.  However, he expects to have a much better idea after his freshman year at ECU.

Up Close and Personal with Chris: