This week’s Citizens Academy class is the final one before next week’s graduation ceremony, and the topic is the K-9 unit.

Mint Hill Police Department has two police dogs. Blitz is a six-year-old Dutch Shepherd handled by Officer Lang, and Tazz is a three-year-old Belgian Malinois, handled by Sergeant Gilman. Both dogs were born and bred outside of the United States because, as instructor Sgt. Gilman explains, dog breeding is governed more strictly overseas.

Police dogs are usually labeled as either single purpose or dual purpose. Those that are single purpose are trained in one area such as narcotics only. Dual purpose dogs are trained in multiple areas. Dogs have a long history of helping humans with jobs like herding sheep and guarding property. The K-9s at MHPD act similarly by providing protection to their handlers and the community they serve.

MHPD uses dual purpose K-9s. Each is trained and certified in patrol (apprehension), narcotic detection, and tracking humans. Sergeant Gilman explains that although these working canines are skilled in many areas, the most important is the obedience training, which is included in their routine training and certifications.

When Sgt. Gilman assists with a search warrant for possible narcotics, he relies on Tazz to find the contraband. “It’s not possible for a human to out-search a dog,” he tells the class. “His nose is roughly two million times more sensitive than ours.” Mint Hill’s K-9s detect marijuana, cocaine, heroin, and methamphetamine. The dog will alert passively to the presence of the drug by putting his paws down near it and putting his nose on it or as close as possible to it.

Sgt. Gilman recalls an incident when a suspect hid narcotics in a can of coffee grounds. Even though the can had strong-smelling coffee in it, his dog alerted and sure enough, there was marijuana in the bottom of the can. “Trust your dog,” he says. “The dog has no reason to lie or exaggerate.”

Tazz and Blitz have both been through certification, but their training doesn’t stop there. They go through different scenarios several hours each week, which can include things like tracking a person hiding in a dumpster, swimming across a pond, or climbing on top of a building. Sgt. Gilman and Officer Lang try to mix it up as much as possible so that the dogs don’t get used to the same scenario week after week.

The training obviously pays off. In addition to finding illegal narcotics and fleeing suspects, the MHPD police dogs have also been involved in searches for missing children. The K-9 unit responded to a call last year in which two children were reported missing by their parents. One of the department’s dogs found the children near their home, safe and sound.
Sgt. Gilman explains that even the scent of grass that has been walked over is a scent that a K-9 can easily detect. This helps officers find people in the dark or when the person’s path is hard for an officer to see. “Dogs can still pick up scent even in the rain or on hot asphalt parking lots,” Sgt. Gilman tells us.

To be a certified K-9, dogs must log several hundred hours of training in their specialty. Because the dog must perform the job with a high level of accuracy, a trained police dog can cost upwards of $13,000. Protective gear for the dogs, veterinary costs, and even grooming can add to the expense of upkeep.

For Sgt. Gilman, it’s all worth it. “You bond with the dogs,” he says. “It’s like coming to work with my best friend.” Tazz has his back too. During the final minutes of the class, Kurt Pearson volunteers to put on a protective outfit used for dog training. He aggressively pushes Sgt. Gilman to demonstrate for the class how Tazz will react to protect his handler and friend. Tazz immediately hurls himself at Pearson and clamps onto his leg. Sgt. Gilman releases Tazz, and we all applaud, thankful we are on Tazz’s side. 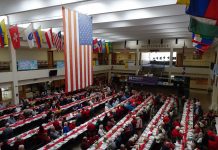 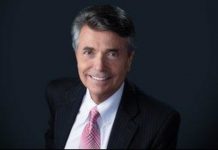 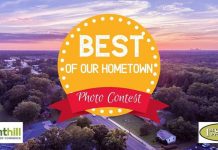