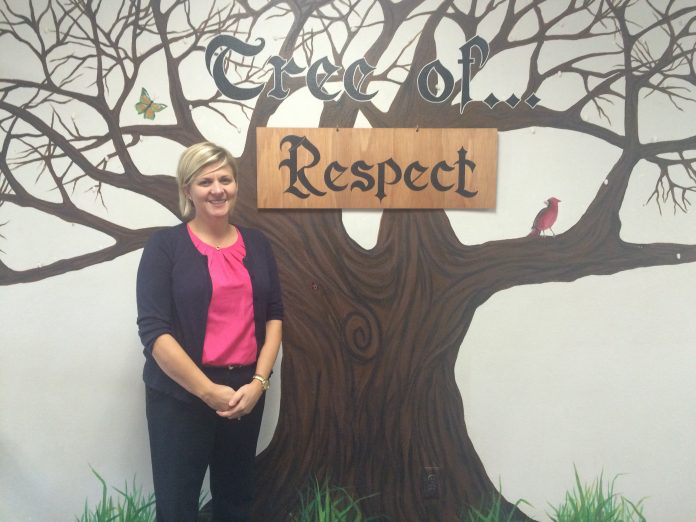 Queen’s Grant Community School Principal Krista Tolchin was born and raised in Benton Harbor, MI. Tolchin came from humble beginnings; her mother was a waitress and her father a diecaster. As the one of the first in her family to graduate high school and pursue college, Tolchin recognized the pivotal role education would play in her life. “I knew that education was something that was going to get me further,” says Tolchin. “Not that I had a bad life by any means, but I knew that I wanted to do something to further myself.” She continues, “Education was important to me because I knew it was going to improve my life and get me different things I wanted.”

After graduating from Western Michigan University in 1998 with a Bachelor’s degree in Early Childhood Education, Tolchin began her teaching career at Endeavor Charter Academy, a National Heritage Academy school in Michigan. Tolchin had never heard of National Heritage Academies, but was intrigued when the principal of the school at which she had recently completed her student teaching recruited her for the interview process.

After five years teaching first grade at Endeavor, Tolchin andc her husband began to consider relocating. “After about five years, my husband and I were looking for a place to move that wasn’t as dreary or cold!” she says. Queen’s Grant Community School, which is also a National Heritage Academy school, was a big part of Tolchin’s decision to move to the Charlotte area. “I didn’t want to leave NHA because they are such a great company. They invest in their teachers; they have a good focus on student learning,” says Tolchin. “I don’t think I would have moved if I hadn’t been able to stay [with NHA].”

Tolchin moved to Charlotte in 2003 and began teaching fourth grade at Queen’s Grant Community School. She taught fourth grade for one year, but jumped at the opportunity to apply for a first grade opening the following year. “I realized I really missed my first graders,” says Tolchin. “I really had that passion for those little guys and teaching them how to read.”

Tolchin, who recalls fond memories of playing school with her dolls in her basement as a child, always knew she wanted to be in education, but she didn’t necessarily see herself moving into a leadership position. “I don’t know that I ever thought of myself as being a principal,” says Tolchin. “I always knew I would go into education; I always knew I was going to be a teacher,” she continues, “but it wasn’t until I started getting mentored by several people that they saw that in me.”

Tolchin also began to feel the demands of being a classroom teacher more acutely after she started a family. “As I started having kids and the demands on classroom teachers, it’s a lot, says Tolchin. “I realized that in order to stay in education and have a positive impact on it and do good things that I had to look differently.”

After about nine years in the classroom, Tolchin moved into an instructional coach role at Queen’s Grant Community School. As an instructional coach, Tolchin focused on curriculum and supporting Queen’s Grant’s teachers with different teaching strategies. After two years in that role, the company eliminated the instructional coach role and moved to a dean model, in which three deans (one for each wing of the school) works under the principal. Tolchin moved into the K-2 dean role, where she continued her work coaching teachers, building relationships with parents, and working with students, curriculum and behavior.

This marks Tolchin’s first year as principal at Queen’s Grant. She replaced Christy Morrin, who moved to the new NHA school in Matthews this year, Matthews Charter Academy. “I’m loving it,” says Tolchin. “It’s similar in some ways in that I get to still coach, but now I’m coaching deans instead of teachers. I get to still see students, probably more than I did as a dean because I’m not just in the k-2 wing.” She continues, “Now I get to see the wide gamut of what’s going on at Queen’s Grant, and I like it, I like it a lot.”

Tolchin’s favorite thing about being a principal so far is interacting with students. “I get to greet them every single morning by name,” says Tolchin. “I get hugs, I get to hear about the different things that are going on in their lives.” A close second is working alongside her outstanding team of teachers at Queen’s Grant and their supportive parents. One of Tolchin’s favorite things about living in the Mint Hill area is its strong community feel. She marvels at seeing kids “out of uniform” when she runs into them in town, but says, “It’s nice to walk out and see so many students, present and former.”

One of Tolchin’s primary goals as principal is to maintain the sense of family that first brought her to NHA and Queen’s Grant. “I definitely want to keep our culture – that family culture, because when people walk into our building they have a sense that it feels like family,” she says. She also wants to make sure all students leaving Queen’s Grant are college-ready. “What that looks like for each kid is different,” says Tolchin. “Every kid doesn’t have to go to college, but it’s my job to make sure they’re prepared if they want to.”

Outside of school, Tolchin enjoys spending time outdoors with her husband and three boys, ages 10, 9 and 5, who all attend Queen’s Grant. Tolchin’s family enjoys sports, camping and road trips, and aspires to one day buy an RV and head out West.

This article is one in a series of profiles of Mint Hill-area principals. Make sure to pick up a copy of next week’s paper to learn more about our local school leadership! 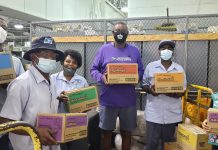 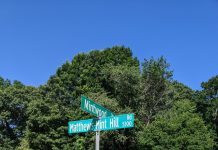