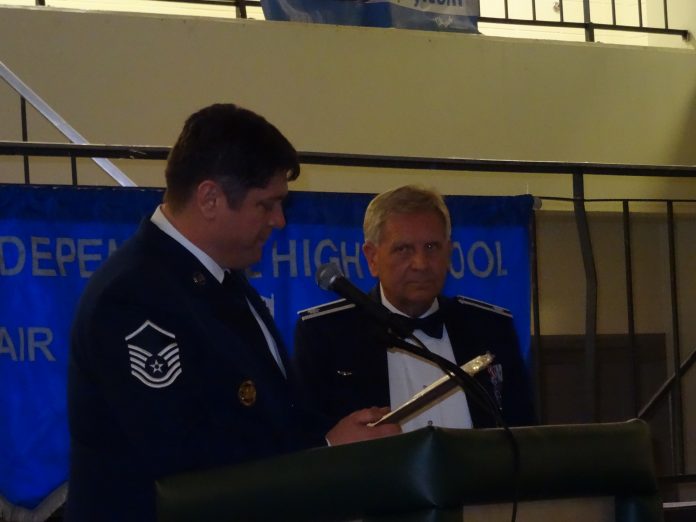 Lieutenant Colonel Frank “Buzz” Lochocki is a second generation pilot who shares one set of wings with his son Conrad.  The commanding officers father, Frank A. Lochocki, was a B-17 pilot attached to the 325th Bomb Squadron, 92nd Bomb Group, in Poddington, England, during World War II.

The Lieutenant Colonel’s son Conrad Lochocki graduated from flight school in August 2009 as a helicopter pilot, which makes him a third generation pilot who was able to share and wear one set of wings that was 66 years old.  His grandfathers pair of wings has been in the family through World War II, 13 months in a prisoner-of-war camp and a fighter pilot’s 20 year career in the Air Force.

His father, Frank “Buzz” Lochocki was a fighter pilot who retired from the Air Force in 2000 as a Lieutenant Colonel, last flying the A-10 Warthog.  According to “Buzz” his father earned his wings in 1943.

The story of Frank A. Lochocki’s B-17 is quite extraordinary and needs to be told.  His aircraft was shot down while flying a mission over Berlin on April 11,1944.  The pilot deployed his parachute and landed in the middle of an intersection in downtown Berlin which had to be a harrowing experience for the young aviator.

The local population was upset due to the bombing and were getting ready to lynch him with his parachute cords when a Berlin policemen came upon the scene and saved the down pilots life.  The policemen hailed a taxi and sent him to the nearest police station.  The American pilot was then taken to Stalag Luft 1, a prison camp located in Barth Germany. This is where Frank A. Lochocki spent the rest of the war.  The camp was liberated in 1945, and the prisoners returned to America in the summer of 1945.

While in the prison camp his father won 1,500 packs of Lucky Strikes cigarettes in a poker game.  He was concerned the German’s would confiscate his prize, so he decided to trade for a plaque that bore the pilot wings of all the allied countries fighting during the war.

When Buzz Lochocki earned his wings, he proudly wore his father’s until he earned the wings with a star on top for achieving 2,000 hours of flight time.  During this time period, Buzz thought it would be appropriate to have a professional jeweler add a star to his father’s old wings.  He soon changed his mind, and instead placed the wings at the center of the plaque his father had brought home from the German prison camp.

Meanwhile, Lieutenant Colonel Frank “Buzz” Lochocki is the Senior Aerospace Science Instructor (SASI) and Department Chairman for the AFJROTC unit at Indy.  He is a decorated fighter pilot with 41 combat missions over Iraq.  He also has the unique distinction of being a graduate of both the United States Navy Fighter Weapons School (TOPGUN) and the United States Air Force Fighter Weapons School.  He was a top level lacrosse athlete and coach, and is a classroom instructor.  Buzz has 16 years teaching experience as an AFJROTC instructor and is currently finishing his ninth year at Independence High School.

He has announced his retirement in September and this gentlemen will be missed as he is truly an American hero who has set an absolutely excellent example for the young cadets.  The core values of integrity first, service before self, and excellence in all we do is certainly grounded in the program and in their leadership. 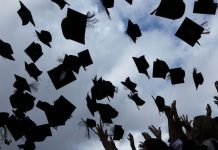 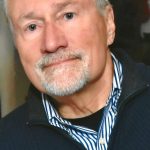