Local cardiologist Dr. Gary Niess realizes his patients prefer to stay as close to home as possible when seeking treatment.

What they may not realize is how close Niess prefers those patients remain to him.

Recent renovations at the Novant Health Matthews Heart & Vascular Institute added state-of-the-art technology to the center’s treatment arsenal, but the project also involved relocating the pre- and post-triage cardiology areas. Now included within the institute rather than in a separate area downstairs, the rooms allow Niess and his staff to walk back and forth between cases “where we can see the patients all day.”

That constant level of attention made an impression on John Maiolo, a Fort Mill resident who arrived at the institute several hours ahead of a scheduled heart catheterization

after experiencing chest pain. Cardiac catheterization, often shortened to “cath,” is a procedure using a thin, flexible tube inserted through blood vessels to view the blood flow through arteries as well as check on the function of different areas of the heart, including chambers and valves.

Maiolo is not a novice of the heart cath process, and his past experience with the procedure helps to underline why his treatment at Novant Health Matthews is noteworthy.

In 2010, Novant Matthews began radial approaches, meaning that the catheter is inserted into a small artery on the wrist rather than the femoral artery in the thigh. At the time, the hospital joined just 1 percent of cath labs in the country using that much more comfortable approach. Now, more than 90-percent of the center’s cath patients are treated via the wrist, Niess said. “We don’t ever go through the groin unless there’s a reason,” he said.

In 1991, Maiolo underwent two catheterizations using the femoral approach. At Novant, doctors used the radial procedure. “There is just no comparison,” he said of the recent procedure that included a balloon angioplasty and the placement of two stents. “Next thing you know it was over. We took the bandage off the next day and I saw where they went in and it was the size of a straight pin.” Maiolo later added that the procedure was “just the darnedest thing I ever saw.”

Patients who undergo a radial cath recover within a few hours, Niess said, and are usually stable enough to sit in a recliner within the center’s relaxing radial cath lounge and able to walk.

“They literally get up and walk off the table,” Niess said. Most patients are released the same day.
Maiolo recalls a much different recovery following his first two caths 25 years earlier.
“I had a great doctor, but it was painful,” he said, adding that he had to keep pressure on the entry point for several hours. Femoral approaches carry a much higher risk of bleeding complications, Niess said, while the smaller artery at the wrist does not.
“I didn’t even feel a pinch. This thing, nothing to it,” Maiolo said. “The postop was just wonderful.”

Niess is proud of the much more patient-centered approach the remodeled Heart & Vascular Institute provides. The center received several awards this year, including a Gold Plus rating from the American Heart Association for Quality and Outstanding Outcomes in the Community.

Those awards also speak to the center’s rapid response when treating urgent, unscheduled patients, which includes more than half of those who enter the institute, Niess said. Patients admitted to the hospital experiencing chest pain or heart attack related symptoms bypass the emergency room and are admitted directly to the Heart & Vascular lab, where a response table is prepared to care for them. The center’s record to beat is 11 minutes, from the time a patient exited the ambulance to beginning a cath.

“It’s a well-oiled machine,” Niess said.
One of the greatest advantages to Mint Hill residents, Niess said, is the center’s location. They have access to more than 90 percent of the procedures needed without having to drive to uptown Charlotte. In many situations, that means the convenience of a shorter drive. In some cases, that means minutes that can save a life.

“It’s one stop shopping,” Niess said. “Mint Hill does not have to go uptown for anything.”
For Maiolo, that includes first-rate care and customer service.

“This was the most remarkable experience from start to finish I’ve ever had,” he said. 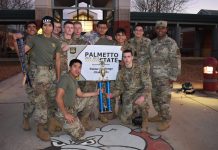 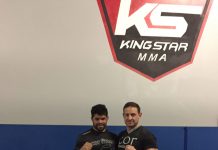 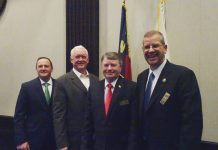 Public Meeting of Commissioners and Mayor Held on January 9th 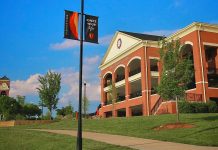 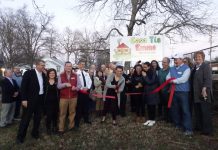