CHARLOTTE – Americans who have served in our nation’s military when we were in conflict, at war and during peace: they are both deceased and still alive today, always defending our freedoms and honoring the sacrifice of others before them, including those who serve to protect us at home and around the globe even today. However, Veterans Day is primarily intended to thank the living veterans for their service and sacrifices made to a grateful nation.

The day to honor our veterans was originally called Armistice Day, commemorating the end of the Great War (also known as World War I). The war officially came to an end when the Treaty of Versailles was signed on June 28, 1918. However, the actual fighting ended seven months prior to the signing of the treaty, when the Allies and Germany entered into an armistice on the 11th hour of the 11th day of the 11th month.

Also, during this period of history the world was dealing with the the Spanish Flu, a pandemic which began nine months prior to the end of the war. It infected thousands on the front lines on both sides of the trenches, rendering a fighting force ineffective, which some historians believe may have influenced the end to the Great War. However, the influenza did not officially end World War I; the end came when Germany signed the armistice which caused the fighting to stop after suffering great losses on the battlefield.

Therefore, November 11, 1918, was largely considered the end of “the war to end all wars” and was then named Armistice Day. In 1926, Congress officially recognized this date as the end of the war. In 1938, it became an official holiday, a day set aside to honor the veterans of World War I.

The next global conflict was World War II, and the Korean War followed less than a decade later. On June 1, 1954, at the request of various veteran organizations, Congress amended the commemoration once again by replacing “armistice” with “veterans” so all former military members who served during these two great conflicts would receive the recognition they deserve for their service to our country.

Unfortunately, there still was some confusion due to the date change, so Congress signed the Uniform Holiday Bill in 1968 to include Veterans Day along with other federal holidays to be celebrated on a Monday. Interestingly, this legislation was passed at the height of fighting during the Vietnam conflict in Southeast Asia.

On October 25, 1971, the first Veterans Day under the new bill was observed; however, many states preferred to continue to honor the original November 11th date, primarily due to its historical significance. On September 20, 1975, President Gerald Ford signed Public Law 94-97, which officially returned Veterans Day to its original date effective in 1978.

Veterans Day is a day of reflection, a time of remembrance, with breakfasts, ceremonies, parades, roll calls, and moments of silence for the fallen, but again, most importantly, to honor all those who have served honorably whether for a brief time or for a career. It takes a certain kind of individual to answer the call to duty; not everyone can or desires to make the mental, physical, psychological, and emotional sacrifice military service requires.

All veterans fully understand freedom is not free; it comes at a very high price for all to take notice. Veterans took the Military Oath of Enlistment, and they will always live up to its meaning and obligation. It becomes a part of who they are as individuals and citizens; it is how they pursue their dreams and aspirations in life living in a free society where all have an opportunity to pursue their dreams.

Finally, to all our veterans we say thank you for your service, sacrifice, commitment, and dedication to defending America. We also want to thank your families, spouses and parents for their sacrifice during your service to our nation. Your love of country, how each one embraced the brotherhood and sisterhood shared, is an unbreakable bond; it is so powerful all are willing to make the ultimate sacrifice if necessary to protect the person wearing an American uniform beside them. They stand united and strong in support of defending our nation against all enemies foreign and domestic. All veterans fully understand, “All Gave Some, and Some Gave Everything.” 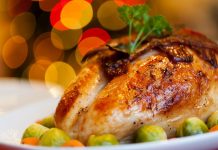 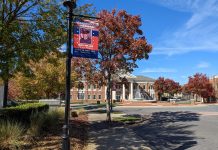 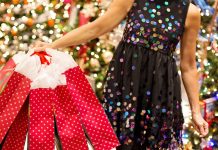 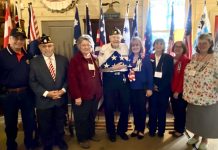 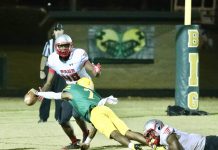 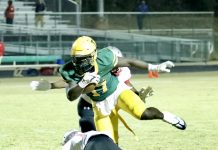 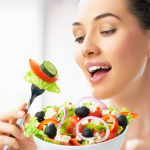 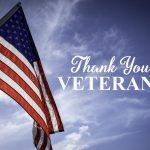 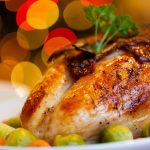 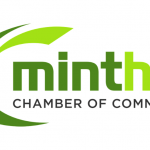 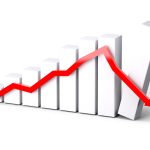 Let’s Get Moving with Anna Anna Granger - November 9, 2022
MINT HILL, NC - It might seem like wishful thinking with all the bad news coming out lately about interest rates and the real... 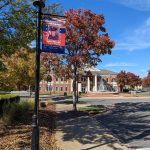 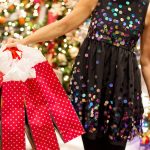 Hometown Mary Beth Foster - November 8, 2022
MINT HILL, NC - You may have loads of Halloween candy left and just be starting to plan your Thanksgiving dinner, but as the... 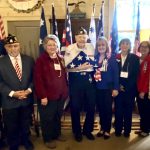