The Rocky River Ravens traveled to Porter Ridge on Friday night to try and win two consecutive games for the first time this football season.

This is a well coached football team and is amazing they have a 1-7 record. The Ravens just seem to find ways to beat themselves through either turnovers or penalties. They have been competitive in all their games with the exception of Mallard Creek and Myers Park who are among the top teams in the state.

In the first quarter, the Ravens received the kick-off and started a drive from their own 20 yard line. Kalib Jennings had rushed for 16 yards on two carries, and quarterback Korey Hailey connected on two pass receptions to his wide receivers for another 42 yards. However, on a first down play, a hand-off to running back Jennings who crashed into the defensive line, the ball was stripped and Pirates linebacker Dylan Burdette would go the distance for the touchdown putting Porter Ridge up 7-0.

In the second quarter, the Ravens were moving again and kept the drive alive on a 21 yard pass reception from Hailey to Sinceer Scott for a huge first down. But as the season has been going, Hailey would drop back to pass, and under great pressure made an ill advised pass that was intercepted and returned for another touchdown putting the Pirates on top 14-0 at half time.

The Ravens defense was playing very well led by linebacker Brian Grier and defensive end Kalil Alexander along with a stout defensive unit.  However, the takeaways by the Pirates defense was the difference in a defensive battle. The Pirates took advantage of the Ravens miscues and converted them into touchdowns.

In the third quarter, the momentum changed in favor of the Ravens as they came out ready to play after making some adjustments. They started a drive from their own 30 yard line. They would pick-up 14 yards to their own 44 on a nice run by Jennings. The offense would then matriculate the football downfield on a combination of quick slanting pass plays and fine running from Jennings. With the ball now on the two yard line, Hailey would hand-off to Jennings who would power his way into the end zone for the score. Hailey then would convert a 2-point conversion on a quarterback keeper to make the score 14-8.

On the next possession, the Ravens would recover a fumble by Porter Ridge on their own 10 yard line in excellent field position. Hailey dropped back and found tight end Kalil Alexander open in the end zone for a touchdown. The Ravens were going for another 2-point conversion, but movement on the line pushed them back. They had to settled on making the PAT attempt which was drilled by kicker Alex Elzey through the uprights with plenty of height and distance to put the Ravens ahead 15-14.

However, like in every loss this season, the Ravens Achilles heel, the turnover raised its ugly head once again with just 3 seconds remaining in the third quarter. A bad snap from center was not handled cleanly by the punter giving the Pirates a first down on the Ravens own 21 yard line. The Pirates again would take advantage of their opportunity and pound the ball into the end zone to take the lead 24-15. The Pirates added a field goal just two minutes earlier to take a 17-15 lead when the Ravens defense would stiffen forcing the field goal attempt.

The Pirates would eventually score their second offensive drive of the football game late in the fourth quarter with under seven minutes remaining to ice the ball game 31-15. The Ravens would try to mount a comeback, but they were denied when Hailey was intercepted in the end zone with 3:08 remaining in the contest.

The Ravens will now face-off against local rival the Independence Patriots who are having a solid season. This game is important for the Patriots who are well positioned for the playoffs and getting their sixth win would be huge. To defeat the Patriots, the Ravens will have to stop making mistakes in key situations by avoiding turnovers, unforced penalties, and keeping control of their emotions in this growing rivalry. 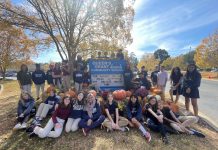 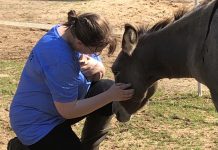 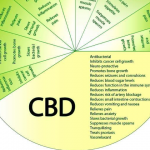 The Different Types Of CBD Oil

All Things Hemp Monica Hailey-Sharpe - November 3, 2022
MINT HILL, NC - Let's start off with the fact that all CBD oils are not the same. In this week's article I will... 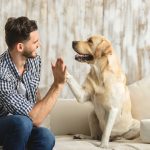 Why Does Your Fur Baby Need Insurance?