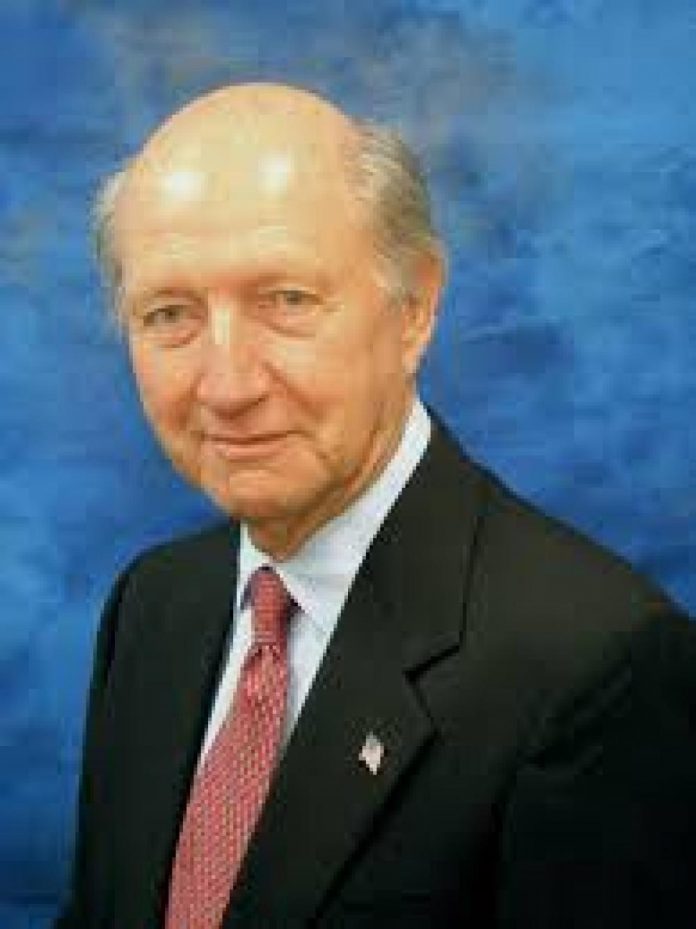 At 9:00 am on Saturday, May 26, the 35th annual all-American Mint Hill Madness Parade will step off from Bain Elementary School.  Leading the charge will be retired Colonel Quincy Collins.

Born on Independence Day in 1931, Collins grew up in Concord, North Carolina.  After graduating from Concord High School, Collins attended the Citadel, where he earned a Bachelor of Science Degree in Commerce.

Collins graduated the Citadel as a Second Lieutenant in 1953 and went on active duty less than a month later.  Collins’ 21-year career in the Air Force is nothing short of remarkable. Over the course of two decades in the Air Force, Collins accumulated over 3000 hours of jet time in jet fighters like the F-86 Sabre, F-100 Super Sabre, F-104 Starfighter and F-105 Thunderchief.  He earned his Jump Wings at Fort Benning, Georgia, taught at the US Air Force Academy, and served as Aide to the Four-Star Commander-in-Chief of US Air Forces in Europe in West Germany and Aide de Camp to the Commander of Tactical Air Command at Langley. 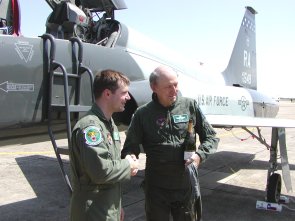 During the Vietnam War, Collins was assigned to the 6441st Tactical Fighter Wing at Yakota Air Force Base in Japan.  On September 2, 1965, Collins was carrying out orders to destroy a bridge vital for supplying the insurgent forces. Collins accomplished his mission, but his aircraft sustained a direct hit, forcing him to eject over North Vietnam.

Collins was immediately captured and held as a Prisoner of War.  Collins would spend the next 2,721 days in prison cells in and around Hanoi.  In 1970, he shared a cell with 2008 Republican presidential nominee John McCain at the infamous “Hanoi Hilton.”

It will be Collins’ first year as Grand Marshal. The town usually tries to offer the honor to a veteran, and Colonel Collins’ illustrious military career that Mayor Ted Biggers to recommend him as Grand Marshal for this year’s Mint Hill Madness Parade.

After his retirement from the Air Force, Collins spent 22 years in commercial and industrial real estate and is recognized as one of the top Commercial Real Estate Producers in the Charlotte region.  He remains highly involved in the Charlotte community through both civic and political activities. He is a Deacon and Stephen Minister at Myers Park Presbyterian Church and has served on numerous boards, including The Carolinas Carrousel Parade, the Carolinas Concert Association, and Charlotte’s Friendship Trays.  Collins has served as President of “The Collector’s Circle” of the Mint Museum and Chairman of the Board of Directors for the Charlotte Museum of History. He is the founder of the Carolinas Freedom Foundation, an organization that promotes patriotism, honors veterans and sponsors character development programs at local schools, and Chairman of the Charlotte-Mecklenburg World War II Memorial Foundation.

Collins lives with Catherine, his wife of 32 years.  Between Catherine’s three daughters and Quincy’s three sons, the pair has twelve grandchildren ages three to nineteen, including triplet granddaughters.  Though he is now retired, Collins continues to use his vast military and business experience to better the Charlotte community.