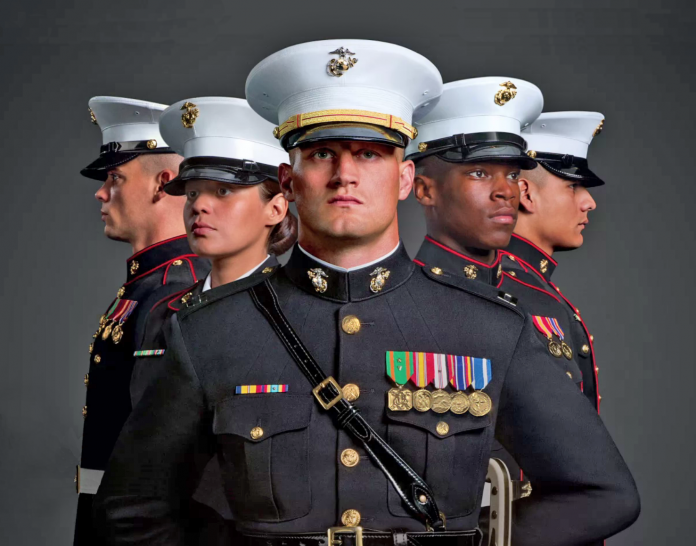 On Sunday, November 10, the Marine Corp will officially celebrate its 244th birthday.

The origins of the Marine Corp date back to the Revolutionary War.  In October of 1775, the Continental Congress planned for Marines to intercept ammunition shipments from Britain.  In November, they resolved to create an official standing Marine Corp force. Although their original motivation for that resolution – to attack Nova Scotia and annex it – never happened, the Marines remained.

In 1921, Major General John Lejeune formally recognized November 10, 1775, as the official birth day of the modern US Marine Corp.  Although it is not a federal holiday observed with post office, bank closures and days off school, various branches of the military, local government offices and civic organizations hold events that celebrate all of the men and women who serve as US Marines.

On November 9, Pour 64 will host its third annual Marine Corp Birthday celebration.  “My husband Tony is a Marine (94-98),” says owner Sarah Brock. “He was stationed at Camp Pendleton, CA. When we opened the business we started to see customers come in who are Marines, and they asked us if we were going to have the birthday party at Pour 64. So we decided to do it and it just started to evolve from there.”

Beginning at 5:30 p.m. on the ninth, Pour 64 patrons can grab a pint from guest bartender Kevin, a marine who is donating all the proceeds from his bartending to the Semper Fi Foundation.  20% of Pour 64’s sales that day will also go to the Semper Fi Foundation. Food will be available from Cafe Taylor food truck, and the event will feature corn hole and a cake cutting ceremony.  All marines and those who support them are welcome to attend.