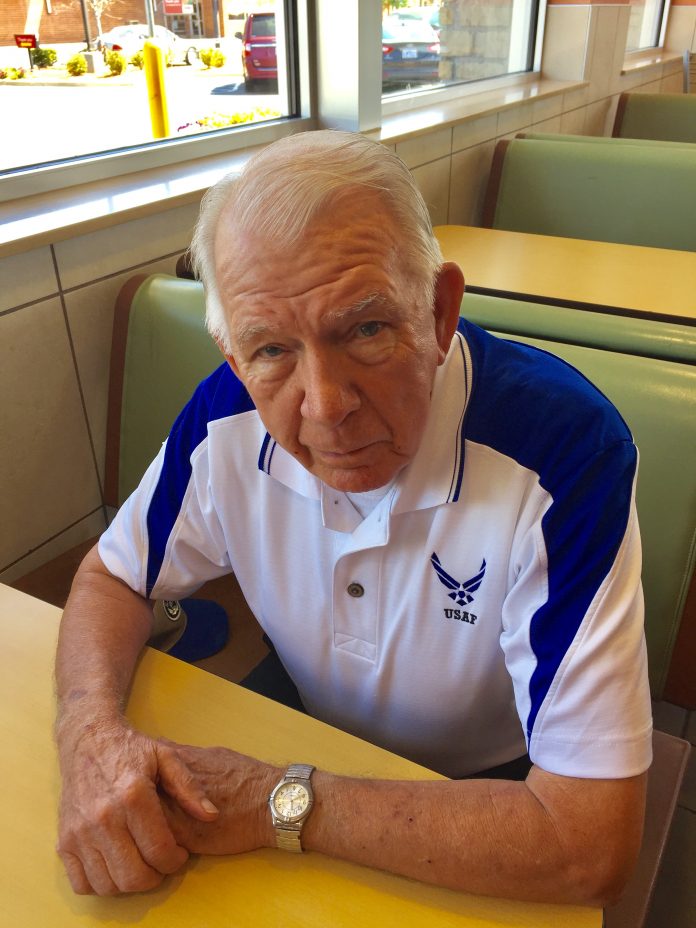 Mint Hill’s Choice Could Not Be Better

The movies would have us believe that a hero wears a cape and can fly through the air. But sometimes a hero, a true hero, can be sitting across the table from you with a polo shirt, kind blue eyes, and a gentle disposition. I was honored to spend time with Klaus Siebert and will never forget our interview.

Klaus was born in Mulhausen, Germany, in 1938, during the Hitler regime (an actual photo exists of the infant Klaus being held by the Fuhrer). When Klaus was four years old, his father, a German soldier, was killed near Stalingrad, Russia. In 1944, Klaus and his entire family were placed in Buchenwald Concentration Camp. They were liberated by Patton one year later, but only his mother, brother, and one sister survived. They went back to their home in Mulhausen, where Communists took over the city, and his mother was arrested and put in prison by the Russian Secret Police on charges of being a spy. With no relatives or friends to help out, this left young Klause in charge of his younger brother and sister, to forage for food and somehow survive on their own. “I had to grow up fast,” Kraus said.

During this time, a plot was set into motion to escape from East Germany. After seven years of planning, Klaus and 24 others initiated their escape, but only five of the group made it over the border. Safely on the other side, Klaus went back five times, helping others escape. “I finally took a grenade to my hip, and that was the end of my going back,” Klaus explained.

Once in West Germany, Klaus learned that his mother had escaped prison and the family was reunited in Fulda. His mother married an American GI and the family moved to America, settling in Ohio. “Coming to America was the best thing that has ever happened to me,” Klaus said. “In the USA, anything is possible.”

During his military career, Klaus received a remarkable number of awards, including six Army and Air Force commendations, good conduct medals, top recruiter in the nation for two consecutive years, and the Legion of Merit Award from both the United States and Louisiana, the highest award given to enlisted personnel during peace time. He retired from the Air Force in 1985 and became a AFJROTC instructor at Mechlenburg High School, plus a ROTC instructor at Mechlenberg and Independence High Schools for 25 years. During that time, he was named Instructor of the Year 22 times, and his ROTC units received many distinguished honors. After 53 years in uniform, he retired in 2010.

Although retired, Klaus is not done working. He is going to be a part of the Gaston County Honor Guard, to honor deceased military at funerals. His daughter, Heather, was in a severe car crash when she was 16, and became paraplegic, and he and his wife Geovinna take full time care of her. Once again, he takes it in stride. He beams with pride when he talks of his daughter’s accomplishments.

Despite his incredible and brave experiences, he remains humble. “You do what you have to do,” he said, with a dismissive shrug. After hearing his amazing autobiography, I asked Klaus how he would describe life, and he answered, “Life is challenging, but you make the best of it . . . and in the end it’s beautiful.”