MINT HILL, NC – Independence defeated their arch rival in a thrilling football game on Senior Night at the ‘Big I.’ The 9-1 Patriots are the #8 seed according to the RPI in the West of the 4A Football Playoffs above conference rivals Butler #15 and Charlotte Catholic #17. The RPI is the rating percentage index used to rank sports teams based on wins and losses and its strength of schedule.

Both clubs entered the game tied with an 8-1 record. However, Indy was well prepared and fired up to prove they can beat a top team in their own house. These two teams are well coached, and there was no doubt this was going to be a hard fought contest. Butler head coach Brian Hales has a well established reputation as a perennial winning coach with a solid program. While Independence head coach DJ McFadden has proven he can turnaround a football program with an excellent and dedicated staff of coaches in a short period of time putting Patriots football back on the map as a contender.

The Patriots began the game by taking the opening kickoff and putting together a long 15 play 74 yard drive. It stalled on the 6 yard line setting up a short field goal attempt on 4th down which was made by Charlie Gottlieb.

Butler took the kickoff to their 30 yard line. The Indy defense held with some big tackles made by Khalil Hoke and Chris Clarke to force a punt. The kick went sailing high to Indy return man Sincere McIntyre, he darted to the right, cut left found an opening and put on a show bursting into high gear down the sideline, then cut back to the middle of the field capping an electrifying 65 yard punt return putting the Patriots on top 10-0 with 2:52 remaining in the first quarter.

Indy took the 10-0 lead into the second quarter and scored another touchdown with 8:40 on the scoreboard clock. The drive began on their own 41 yard line, the Patriots workhorse in this game in the backfield was Emmanuel Teah he picked up 32 yards on this drive, along with some key pass plays to Joe Moraglia and Jaylen Springs to set up a first an goal from the 5 yard line, Teah rumbled to the 1, but a motion penalty negated the run pushing the Patriots back 5 yards, but on the next play a QB keeper by Justin Little banged the football into the end zone giving Indy a 17-0 advantage. The PAT was good by Gottlieb and Indy had gained all the momentum.

The Bulldog comeback in just 8:40 remaining in the first half changed the momentum and the mood of the very festive Patriot crowd who appeared stunned by the sudden turn of events. On the ensuing kickoff which was returned to the Indy 47 yard line with good field position. Butler put together an under 2 minute drive on 4 plays making the score 17-7 with 6:55 remaining.

Indy started a drive on their own 15 yard line, a 10 yard pass reception to Joe Moragila moved the chains, but Indy stayed in the air, and after two pass incompletions they were forced to punt giving Butler excellent field position starting on their own 49 yard line after a solid punt return. The Bulldogs put together a 51 yard drive enhanced by a questionable pass interference call. They scored a touchdown when Butler QB connected with Dequadre Currence in the end zone making the score 17-14 with 1:05 remaining in the first half.

Indy took the kickoff and tried three pass plays that fell incomplete as the Bulldog defense put pressure on Indy QB Justin Little and were able to get the ball back with 36.6 seconds again in good filed position. The Bulldog QB Zach Lawrence on a first down from the 34 yard line found Eli Sylvester in the deep corner of the end zone for a touchdown giving the visitors a 21-17 lead at the half.

In the second half Indy stuck to their original game plan which was to run the football, pounding the interior line to wear down the Bulldogs with their big and physical offensive line. Thus a ball control strategy controlling the clock and time of possession. Also, to keep Butler from obtaining excellent field position around midfield in the kicking game, improving special team coverage, and letting their defense apply pressure on the opposing quarterback while stopping the run. This is Indy’s winning formula, in the second half they executed the game plan to perfection.

A key play occurred in Butlers first possession, Joseph Reddish intercepted a long pass that was tipped after Josh Iseah and another Patriot applied pressure on QB Zach Lawrence. Indy took over and began a drive from their own 20 yard line on the interception. The drive eventually stalled, but Charlie Gottlieb connected on a 41 yard field goal making the score 21-20 with Butler holding on to a slim lead after three quarters of competition.

In the fourth quarter on the first play, a high snap was not handled cleanly by the punter and Indy recovered the football inside the 5 yard line. A false start on the Patriots set them back another 5 yards, however, on the next play, a handoff to Emmanuel Teah slashing off left tackle powers and fights his way into the end zone for a touchdown giving Indy a 27-21 lead with 10:53 remaining in the football game.

Indy’s defense took control of the football game, another key interception, this time by Quentin Reddish sealed the deal for the Patriots with 4:31 remaining. The offense took possession on the Butler 46 yard line and put together consecutive first downs to set-up a 23 yard field goal attempt, now with 28.8 seconds remaining. The ball just sailed wide left, but Butler was called for a personal foul ending any chance for a Hail Mary as they had used up all their timeouts. Indy had an automatic first down, they went into victory formation capturing a well deserved win.

After the game we caught up with head coach DJ McFadden who stated “It feels good, really great, this is championship football, I’m super proud of this team, their mental toughness after Butler scored 21 unanswered points, we pitched a shut-out in the second half. Just super proud of the way these guys competed tonight.”

Indy will play Friday night at home in Round 1 of the Football Playoffs at 7:00pm. They will play the #25 seed Page High School Pirates from Greensboro, North Carolina. 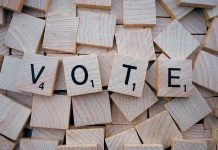