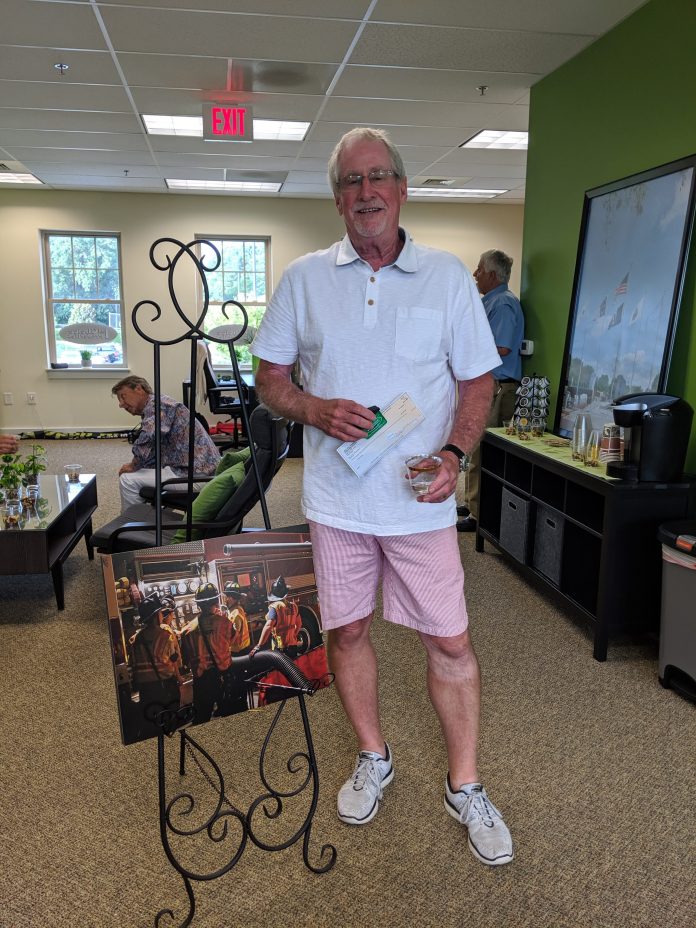 “As a longtime resident of Mint Hill, I know we have so many beautiful things to see and experience right here in our hometown,” said Executive Director of the Chamber of Commerce Paige McKinney.  “I wanted to create an opportunity to showcase the things that make Mint Hill special, including its talented residents!”

Hosted by the Chamber of Commerce and sponsored by 1st Choice Properties, the first of what McKinney hopes will be a biannual photo contest drew numerous entries from nine individuals, many of whom are amateur photographers or hobbyists.  The submissions spanned predetermined categories like nature, celebrations, landmarks and people.

A committee composed of McKinney, 1st Choice Properties owner Anna Granger and photographer and artist Sandy Harrison judged the submissions and chose the winners.  Choosing only two winners from a talented field of submissions wasn’t an easy task. To make their decision, the committee found itself returning again and again to the contest’s theme: The Best of Mint Hill.

“The ones that we chose were the ones that when you see them, you say, ‘That’s Mint Hill,’”  said Harrison. “ “We wanted to make sure that no matter who we chose that it represented the heart and soul of what Mint Hill truly is,” added McKinney.

The runner up and recipient of $150 courtesy of 1st Choice Properties was Daniel Piar, whose photograph showcases the Veterans Memorial at the Park on Fairview.  “This is one of our landmarks,” said McKinney. “It honors and showcases not only our parks but also our people as well.” “Those names on that monument still represent the best of Mint Hill,” adds Granger.

First prize and $300 from 1st Choice Properties went to Paul Imirie for his photograph capturing Mint Hill’s Fire Department conducting a training exercise.  “We just fell in love with this picture,” said Granger, presenting the award. “It stood out right away, and we came back to it and came back to it. What we loved  about it is that you can not recognize who they are, the individuals, but it’s the group of people that we know represent the best of Mint Hill. They’re always at our disposal when we need them and serve us faithfully.”

“I took probably 100 photos that night,” said Imirie, who photographs the fire department regularly.  “I was trying to play with flash. When you photograph the fire department, the two kickers are one, photographing a burning building.  You can’t imagine how difficult it is. There’s so much smoke that if you flash, it comes back at you, but if you don’t flash, you can’t see anything. And the other is all of this stuff they’re wearing,” Imirie said, gesturing to the winning photo.  “It’s reflective, and it’s so hard to get.”

One of the honorable mentions, an aerial view of the roundabout, was taken by 17-year-old Sam Doejaaren.  “I got a long exposure at night from above,” explained Doejaaren, who found out about the photo contest at Mint Hill Arts.  The rising senior at Piedmont High School plans to study cinematography next year in college and dreams of one day photographing for a major publication like National Geographic.

The two winning photos and all six honorable mentions will be on display in the new Chamber of Commerce office in downtown Mint Hill.  The Chamber also plans to use the entries on social media and even submit some to Welcome to Mint Hill magazine.  “We got some pretty amazing pictures,” said McKinney.  “I can tell you there are some really talented people in this town taking pictures!”

McKinney and Granger are already planning a second photo contest, which will begin in October.  “We thought it was a great way to encourage the community to get involved and be able to showcase our town,” says McKinney.  “It’s just a good way to involve the community and highlight all the good things about Mint Hill,” adds Granger.