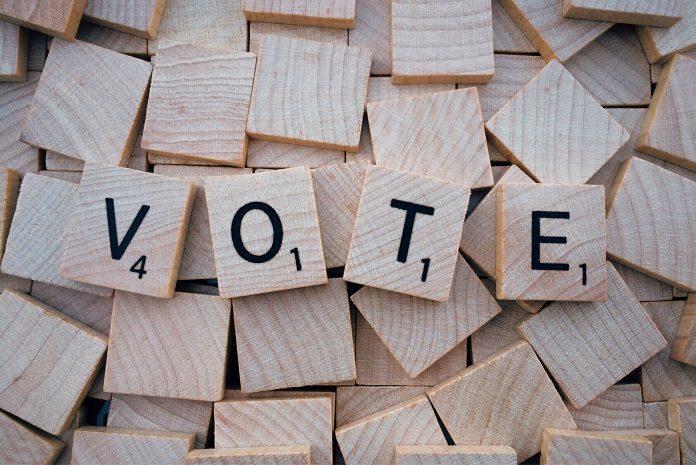 MINT HILL, NC – North Carolina’s statewide general election (often called the “midterm” election as it is held mid-way into the four year presidential term) will take place on November 8, and early voting is already underway.  Races on the ballot include one US Senate seat, 14 US House seats, local judges and prosecutors, and several state and county offices.

Three candidates for office attended the November Chamber of Commerce Luncheon, and Board of Directors President Rick Peniston gave each candidate a few moments to introduce themselves.

Judge Donald Cureton, running for District Court Judge, is no stranger to the bench, having served on the District Court for twelve years.  He’s also no stranger to Mint Hill, where he lives with his wife and daughter.  Cureton believes his extensive experience handling juvenile, family and criminal cases makes him the best candidate to handle the varied and serious problems people bring to the court of law.  “This is about the people,” he concluded.  “It’s not about me.”

Currently serving as a Commissioner, Tony Long is running for North Carolina House of Representatives District 112, a newly created district bordered by Idlewild, Harris and Albemarle Roads inclusive of Mint Hill to the Union County line.  “Tony long has been not only one of the biggest supporters of the Chamber but the Mint Hill Women’s Club,” said Andree West.  “As much as we’d hate to see him leave as commissioner, this is an opportunity at large for all of us to be able to benefit from his experience.”

Claire Covington spoke on behalf of Stephanie Sneed, who is running for District 4 School Board.  A mom of two, Sneed lived the shared experience of all parents during the pandemic and has seen firsthand the toll it took on all of us.  Sneed’s mission is to implement solutions that will help CMS retain teachers.  “There’s been a mass exodus from the school system because teachers are put in the position of having to act in capacities they’re not trained for, don’t have the bandwidth for, or aren’t paid for,” said Covington.

For example, Sneed asked property developers if they would be willing to set aside units priced below market rate for teachers, and was pleasantly surprised when they agreed to hold even more units than she asked for.  “This is one of the ways in which Stephanie hopes, if she’s elected to School Board for District 4, that she’ll be able to help teachers, and by helping teachers, help students and all of us,” concluded Covington.

Early voting is already underway at the Mint Hill Library.  Visit https://vt.ncsbe.gov/RegLkup/ to learn more about where and when to vote.