As previously mentioned the largest piece of the budget increase is slated for the fire department. However, the vast majority of the entire increase is to protect pubic safety in the town which includes increases in police and parks department.

The fire department budget will increase by $1,092,674 to a total budget of $3,478,520. With a large amount $850,000 will increase the number of firefighters by three personnel, include an investment in a rescue-pumper fire truck apparatus, including another $100,000 toward the current firehouse expansion program.

The three additional firefighters will be extremely important to the fire department. It will give the station flexibility to place four firefighters on two units of apparatus which is huge giving the department the capability and capacity of a regular fire engine, according to sources. With the new rescue-pumper scheduled for delivery next month, it will replace older equipment currently in operation which includes a 15 year-old pumper truck and a 22 year-old rescue vehicle.

The police budget increase remains unchanged at $892,810 for a total of $5,047,285. The plans as previously reported will increase patrol officers by four personnel, and a crime analyst to improve overall coverage and presence in our expanding community. The department will also obtain six new patrol vehicles to modernize the fleet to canvas the area to keep our neighborhoods safe. There is an extra $52,000 for incentives to be offered to police officers who receive additional training built into the new budget.

While the Parks department will receive an additional $30,000 to renovate the two local parks which will include tennis courts and other renovations to improve these facilities for public use.

Other important business of relevance was the presentation by Hannah Sanborn regarding the Charlotte-Mecklenburg Emergency Operations Plan (EOP) which was accepted and approved by the Board of Commissioners with the support of our local Fire and Police Chief’s.

Residents living along Matthews Mint Hill Road addressed the Board and spoke about their concerns of a proposed median to be installed on Route 51 which could impact traffic flows in the area of their neighborhoods, especially trying to make left turns safely.

Finally, the Board of Commissioners approved the current and new members of the Planning Board and Recreational Committees. Also, a discussion on considering adopting a policy regarding park memorials and associated changes regarding any impact on fees and other related items as deemed appropriate. 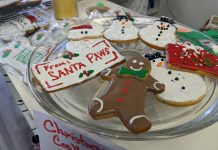 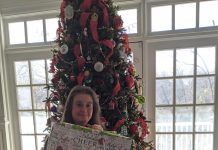