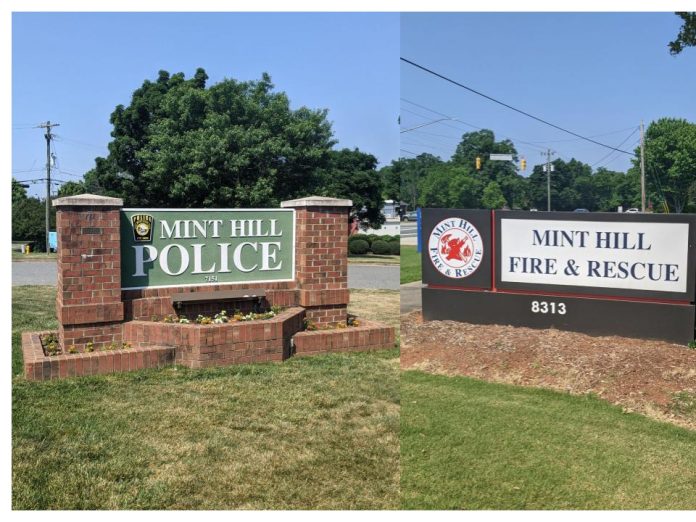 MINT HILL, NC – The Mint Hill Times is excited to announce a brand new column. “Behind the Lines” will introduce the community to the brave men and women who serve them at the police and fire departments.

The weekly column will spotlight first responders from our police and fire departments.  “We here at the Mint Hill Times are excited to be able to give people a glimpse behind the badge, behind the uniform, into the lives of the real men and women who serve this community every day,” says Mint Hill Times Public Relations Manager Jenifer Shaw.  “We all owe enormous gratitude to Mint Hill resident Erin Furgeson and her business partner Nancy Sherwin at REALTY ONE Group Revolution for sponsoring “Behind the Lines,” and to FATman Plumbing Pro Owner Chris Lovick for initiating these partnerships.  It takes a village.

For the Police Department, this column is an important means of communicating with the Mint Hill community with the knowledge that effective two-way communication serves to build the public’s confidence and trust in their policing efforts.  “We were honored to be given the opportunity to highlight the actions of the Police Department and the dedicated men and women serving the Mint Hill community,” says Lieutenant Gilman.  “Over the next 26 weeks, we will share the spotlight with the Mint Hill Fire Department and hope to continue building the relationships that make Mint Hill great while giving some insight into who we are and what we do.”

“The Department has adopted a new organization policing model known as ‘Stratified Policing,’” continues Gilman,  “which has greatly increased the institutionalized efforts in crime reduction and quality of life with problem-solving, analysis, and accountability.  One small layer of these efforts is increasing transparency and allowing the community to get to know their police department more in-depth while updating our approach with outreach efforts that include more statistical analysis and results of our efforts.”

Mint Hill’s Fire Chief David Leath also looks forward to putting a spotlight on the hardworking firefighters he works with daily.  “I look forward to Mint Hill getting to know these guys,” says Leath.  “Mint Hill has got some really good firemen that do a great job for us.  That’s the biggest thing: getting to know these guys, getting to see a picture of them, so when people see them out and about, they know who they are.”

The First Responders series will begin on June 16 with a look into the life of a police officer.  “It’s our hope that having these next few months to update the community on ways to become involved and highlight resources and personnel will make a difference in the community in which we all live and/or work,” says Gilman.  “We will share with the community the dedicated men and women of the Department while we continue our efforts in building community collaboration.  The Mint Hill Police Department believes in continuous improvement in all our endeavors and always striving to achieve excellence.”