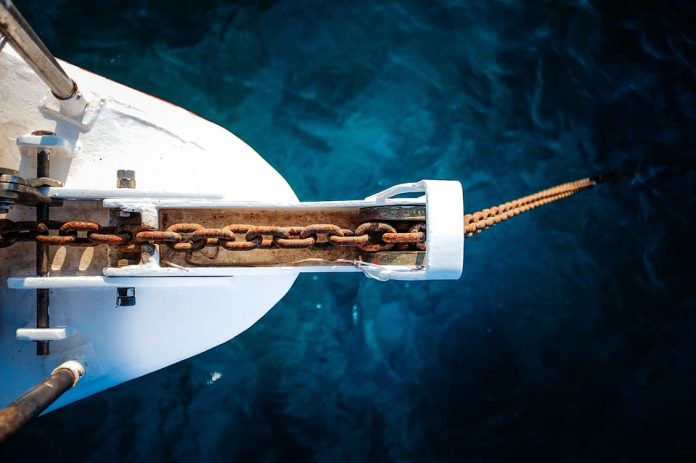 This Cruise Line has earned the reputation as the “Most Popular” and “Best” Cruise Line for several years. They are a perennial favorite, sailing all over the world. Much of the popularity comes from Largess. They sail the biggest ships at sea, and not just one but six of the largest at sea. We were in Fort Lauderdale on the Quantum of the Seas, just leaving the harbor when our ship Captain began blowing the ship horn (or whistle). He was saluting the newest and now biggest ship, Wonder of the Seas, as she entered the Harbor for her inaugural visit. What a thrill to be among the first to see this giant among giants, side by side with us, as she first entered US Waters”.

Besides size, what makes these ships so impressive? Some of the biggest ships are OPEN DOWN THE MIDDLE!!!!

Now I don’t mean just a catamaran that holds 25 people. I mean a monolith that holds 5200 guests and is wide open in the center to a height of 12 decks. Not 12 decks above the water line, but 12 decks above the 6 decks that are fully enclosed. If you have a balcony cabin on, say, deck 12, when you sit on your balcony you can look 6 stories straight down, or look up 6 stories to the sun shining on the pool deck. Of course, that means that if you are sitting there during liquid sunshine in the Caribbean, you will get wet!

So what could we do onboard this ship? We could SURF on one of two Wave Runners on the upper decks. We could ZIP LINE from Deck 20 to deck 15! We could ride bumper cars on deck 10. We could ride on a dry slide 12 stories.

Phil and Barbara own Leisure Travel Experts here in Mint Hill and are proud members of the Mint Hill Chamber of Commerce. 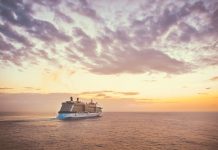 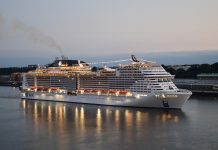 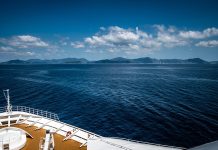 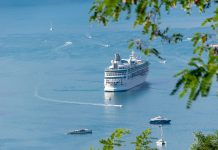 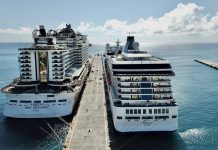 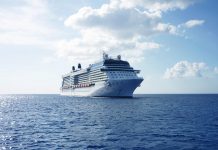 Cruising Is Back- Part 13