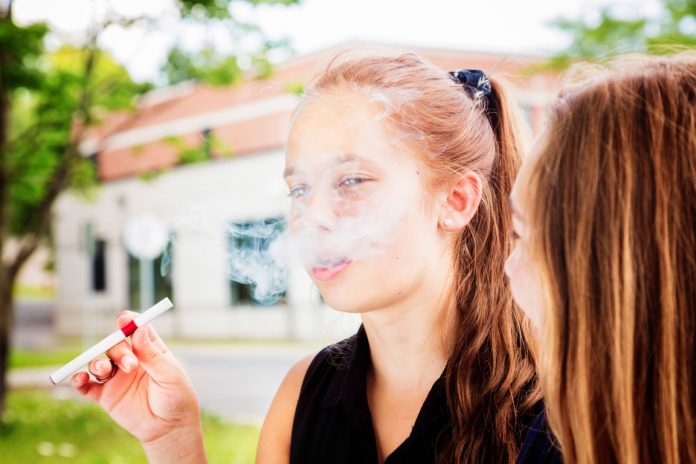 As e-cigarette use skyrockets in popularity, parents should know the risks their children face from using the device that floods the body with high doses of nicotine. Doctors also warn about the potential risks from the secondhand vapors.

“Nicotine raises blood pressure, spikes adrenaline levels, increases heart rate and, in people at risk, increases the chance of a heart attack,” said Dr. Marc Chester of Novant Health Pediatric Pulmonology. The comments come as new health warnings and concerns have been voiced by officials in North Carolina and across the country.

“It’s important for parents to know and understand why e-cigarettes are harmful and to have those conversations with their children,” Chester said. “I used to get asked about vaping a couple of days out of the month, but now parents are asking about vaping weekly.”

E-cigarettes — also called vape pens, tank systems and mods — are battery-operated devices that heat up a cartridge containing a liquid and then turns it into an aerosol that users inhale. The liquid typically has flavoring, additives and the same addictive nicotine found in cigarettes.

E-cigarettes have a higher concentration of nicotine. A single Juul, one of the most commonly sold e-cigarettes, cartridge can have as much nicotine as 20 cigarettes making them much more addictive. A cartridge usually lasts about 200 puffs, the equivalent to a pack of cigarettes.

In North Carolina, it’s illegal for people under 18 to use e-cigarettes. But as the case with tobacco, teens find a way around the age requirements and still get their hands on e-cigarettes.

Nicotine can harm the developing adolescent brain, Chester said. The brain keeps developing until about age 25.

“Nicotine causes the release of dopamine in the brain, which causes a feeling of pleasure making it very addictive,” Chester said. “Current research questions whether nicotine is as addictive as heroin or cocaine.”

E-cigarette use is associated with the start and misuse of other tobacco products that can cause even more damage to the body. Studies have shown that e-cigarette use has acted as a gateway substance to other forms of tobacco, alcohol and other substances.

“Using nicotine in adolescence can harm the parts of the brain that control attention, learning, mood and impulse control,” Chester said.

Synapses — new connections in the brain —  are made every time a memory or skill is learned. “Young people’s brains build synapses faster than adult brains,” Chester said. “Nicotine may change the way these synapses are formed leading to cognitive issues.”

“Anyone being exposed to vapors – firsthand or secondhand – as an adult, baby or even older certainly is at risk for some potential brain issue,” said Dr. Carl Smart, a pulmonologist at at Novant Health Pulmonary Medicine South – Harrisburg.

While e-cigarettes contain different compounds than cigarettes, Chester said, it doesn’t mean they are safer.

One ingredient, propylene glycol, (largely responsible for making users’ breath look like a cloud of mist) is found in fog machines used at concerts and has been linked to chronic lung problems among stagehands.

It’s approved by the Food and Drug Administration for use in food — frequently found in pre-made cake mix — but when heated to vaping temperatures it can produce the carcinogen formaldehyde.

The danger goes further than the chemical compounds. Some studies have found the vapor produced by e-cigarettes often contains tiny particles of lead, nickel, tin and silver from the machinery inside the devices that can get stuck in a user’s lungs.

In North Carolina, three patients have been hospitalized with some requiring treatment in the intensive care unit and assistance to breathe, said the North Carolina Department of Health and Human Services. The causes of the illnesses are unknown but officials said all patients reported using e-cigarettes or vaping devices in the weeks before their illness began.

Across the nation, 16 states have reported 153 cases of serious, vaping-related respiratory illnesses in the past two months, and many of the patients are teenagers or young adults.

E-cigarettes not only harm users, but bystanders as well. Bystanders breathing in secondhand e-cigarette smoke run the risk of breathing in heavy metals, dangerous chemical compounds and ultrafine particles that can be inhaled deeply into the lungs, Chester said.

Even with secondhand smoke, the vapor is getting into bystanders’ lungs and that can cause future infections, Smart said.

“This vapor is getting in the lungs and essentially irritating and to some degree even burning the lungs – that’s my analogy – and therefore the lining or protective mechanism of the lungs is now lost,” he explained. “So with it being lost, it now predisposes you to getting infections like the flue or pneumonia. They come in far more easily.”

Because e-cigarettes are still fairly new, the available research on long-term effects of e-cigarette use is limited, Chester said. “The research that is available shows detrimental effects to people’s health.”

There is a concern, he added, that e-cigarettes can cause the same amount of damage as cigarettes, if not more.

“It wasn’t until decades later that we realized how bad it is and we’re actually still seeing a significant effect from it now, years later,” Smart pointed out. “We’re recognizing that it not only leads to lung cancer, but definitely COPD, heart disease, strokes, peripheral vascular disease – all those risks that we didn’t appreciate then are now coming to light. My fear is a decade, five decades down the road, all this will come to fruition from vaping.”

Chester stressed the importance of education for parents when it comes to e-cigarettes.

Parents should also learn about the different shapes and types of e-cigarettes. Many of the new e-cigarettes look like a USB flash drive making it easier to hide.

“The only thing that needs to get into the lungs is air – period,” Smart said. “Anything else is putting yourself and your child at risk for consequences yet unseen and yet unknown. We may find that we don’t really know the full extent of it until years and decades later – when then it may be too late.” 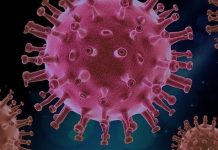 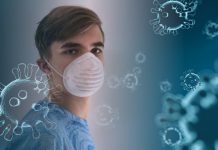 No, your Child will not get CO2 Poisoning from Wearing a Mask