Tyson Clawson – The junior defensive end had two quarterback sacks, a blocked punt, a pass interception and was in the Eagles backfield all night long.

Arnold Taylor: The junior quarterback continues to excel. He completed 15 – 22 passes for 301 yards through the air. He also had 8 carries for 63 yards for a total of 364 yards.

Trevor Bryan – The senior wide receiver had 3 receptions for 94 yards, his longest catch was 54 yards, including 2 touchdowns.

Brevin Caldwell – A junior wide receiver who is coming into his own, had 4 catches for 75 yards, his longest reception was 57 yards, and one touchdown.

Brian Morgan – The steady dependable senior caught 4 receptions for 104 yards. His longest of the night was a 61 yard gem.

Ro Bik Lian – The junior scored two goals in the first half against the Ravens to lead the charge for the Patriots in their 4-0 shutout of their rival.

David Martinez – Another nifty and talented junior scored a goal and had an assist against the Ravens.

Daniel LocKlear – The freshman goalkeeper had another clean sheet not giving up a goal to a competitor this past week in the net for the Patriots.

Ryan Howe – The two sport fall athlete scored a goal in the second half to give the Patriots a commanding lead.

Madelynn Fowler – The sophomore standout has a 8-2 singles record against the opponents top player this season. Also, she is 6-2 in doubles competition with her teammate partner Lily Loker.

Elizabeth Fowler – The senior and number 2 seed player on the team has a 5-2 record in singles competition including a 5-2 doubles record with her partner Kendall Barnes.

Micah Parker – The senior midfielder and team leader in 12 games has accumulated 12 goals and 24 points for the Stallions.

Carlos Resillas – The junior midfielder is having a solid season with 3 goals and 9 assists in 12 games played.

Kalib Jennings – The workhorse running back for the Ravens had 23 carries for 107 yards against a strong defensive Myers Park football team.

Korey Hailey – The senior went 15/27 for 205 yards and tossed a 63 yard touchdown last week against Butler. This week he connected for a nice 31 yard touchdown to his wide receiver.

Kalil Alexander – Had 8 tackles against the Bulldogs and added 4 more on Friday night.

Brian Grier – The linebacker/DE had 8 tackles against  Butler recently. On Friday night he added 6 more tackles. 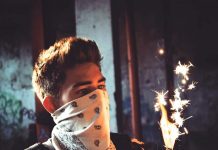