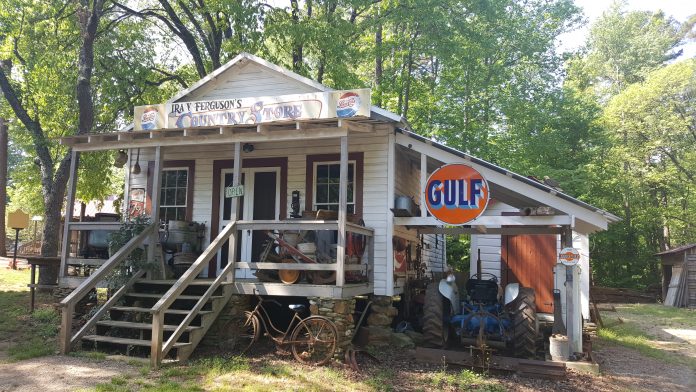 A gentleman named Ira V. Ferguson must have been very revered and respected in the Clear Creek community. A huge obelisk monument, erected near Clear Creek Baptist Church in 2004 by several members of the family, marks the Ira V. Ferguson Memorial Cemetery. The Ferguson crest on the monument reflects the family’s Scottish roots. (Ira himself and other family members are buried in the cemetery across the road from the church.) Among the graves in the small cemetery are those of Lewis B. Ferguson (1778-1879) and his wife Dolly Ogburn Ferguson (1767-1886), early Clear Creek settlers who had 11 children, including Pleasant Calloway Ferguson, Ira’s grandfather (1826-1907).

Mr. Ferguson operated a country store on Ferguson Road from 1921 until 1930. The country store — a place where you could shop, get your mail, meet neighbors and exchange a story or two – was the center of the Clear Creek community in its day. After Mr. Ferguson’s family donated the store to the Mint Hill Historical Society, it was moved to the Carl J. McEwen Historic Village in Mint Hill. Today the Ira V. Ferguson Country Store provides a window to life in the past century. Visitors are intrigued by the small stone box in the floor, where Ferguson kept milk, eggs, butter, cheese, and other items cool. He had a block of ice delivered to the store twice a week during the summer months.

The Ferguson family has been involved in the Clear Creek Baptist Church since its beginning “under a big oak tree alongside the ‘Great Road,’ now Ferguson Road…. The need for a more permanent place of worship led to the organization of Clear Creek Baptist Church on land belonging to the Lewis B. Ferguson family.” The church was organized in 1858 with the Rev. E.C. Williams as the first pastor. In 1864, Pleasant Calloway Ferguson transferred a two-acre parcel of land to the church for $10. In 1893, Jane Ferguson transferred a three-acre tract to the church for $30 (www.clearcreekbaptistchurch.com).

A long-time resident of Mint Hill, Carol Timblin received an award from the North Carolina Society of Historians in 2016 for her “page from the past” columns. 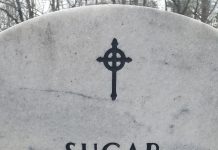 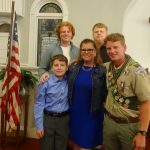 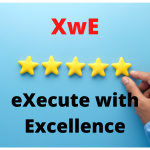 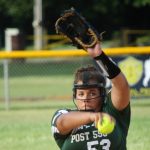 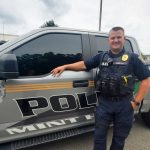