McEwen Funeral Home has been a household name in the Charlotte area since the 1920s. It began in Mint Hill when R.J. McEwen and Son, a general store and hardware, provided handcrafted caskets to people in the community. The need for more funeral services during the influenza epidemic of 1918-1919 led to the official establishment of the funeral business in 1921, with Carl J. McEwen, R.J.’s son, at the helm. Another son, Morris McEwen, organized McEwen Mutual Burial Association, which gave customers a decent and reverent burial for $100 through minimal annual premiums.

The funeral business was so successful that a second location was established in Monroe in 1934. Within ten years, a third location opened in the former home of Charles Worth Johnston on Morehead Street in Charlotte. Eventually, the Charlotte business grew to be the largest mortuary in the area, thanks to Carl J. McEwen who ran the operation with the help of his daughters, sons-in-law, and grandchildren. In 1939, he established the first air ambulance service in the Southeast, providing medical-assisted transport of patients to medical facilities when needed. He also developed three cemeteries – Evergreen Burial Park in Mint Hill, Lakeland Memorial Park in Monroe, and Lancaster Memorial Park in Lancaster. At one time, he owned a cotton gin.

Bettie McEwen, Carl’s daughter, served as president for many years after her father passed away at age 60 on Oct. 12, 1953. (Prior to that, she completed a tour of duty as a WAC during World War II.) Grandson Carl M. (Mickey) Ellington, Sr., then served as president of the company until it was sold to Dignity in 1986. He reopened the historic Morehead Street Chapel in 2013 as Carl M. Ellington Funeral Service, “a gathering place for the community to celebrate, remember, and care for those they love.” Today the Ellington family continues the legacy that was begun nearly a century ago by Carl J. McEwen.

Over the years the McEwen family has been known for its generosity, a practice that R.J. McEwen and his sons began when they extended credit to customers at their country store. They also accepted barter items such as eggs, farm animals, and produce as payment. An active member of Philadelphia Presbyterian Church, Carl J. McEwen served as a deacon for many years. He was also a 32nd degree Mason and a member of the Woodmen of the World. He served six terms as a Mecklenburg County Commissioner (1946-1956). “Mr. McEwen’s personal popularity made him a winner every time he ran for the County Commission,” stated his obituary in The Charlotte Observer.(He and other members of the McEwen family are buried in Evergreen Burial Park in Mint Hill.) The Carl J. McEwen Historic Village, owned and operated by the Mint Hill Historical Society, is dedicated to the memory of the philanthropist, viewed as “a generous promoter of Mint Hill” and “remembered for his charity and compassion toward his fellow man.”

Born June 12, 1893, to Robert Johnson McEwen and his wife Mary Dorcas Craig, Carl J. McEwen was educated at the Historic Bain Academy and a boarding school in Huntersville. He married Minnie Belle Mann on Sept. 28, 1914, and to that union were born five daughters (Mary Edna, Frances, Bettie, Helen, and one who died in infancy). 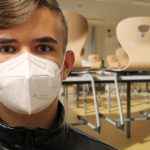 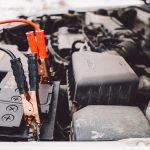 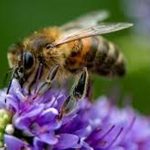 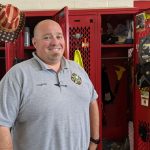 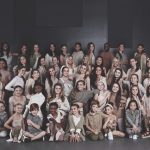 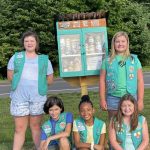