MINT HILL, NC – A review of the Mint Hill Police Department’s 2021 year has proved to be another year of growth for the Mint Hill Police Department. Efficiency was addressed heavily and improved in many areas of internal and external procedures. Beginning in January, multiple promotions occurred, appointing two new division commanders, two lieutenants, and two sergeants upon promotion of Joseph Hatley to the Chief of Police. Immediately following was the implementation of the department’s adopted model of policing known as Stratified Policing which focuses on crime reduction and emphasizes accountability along with resources to accommodate these efforts.

Over the course of the year, officers’ activities increased nearly 20% from the 2020 calendar year. There were 20,840 calls answered or initiated however crime dropped nearly 14% since the 2019 calendar year. Crime trends reflected some categorical improvement with a decline in total larceny/theft offenses of 19.1% and theft from motor vehicles dropping 14.4%. These declines were mostly due to the locking of vehicles when left overnight and measures taken for prevention of theft such as hiding valuables from plain sight when left unattended.

Larger cities across the nation are facing increases in gun violence yet our town has been fortunate to not follow. However, officers’ proactivity led to the increase of weapon offenses of 32%t mostly attributed to illegal possession charges such as firearm by a felon and/or possession of stolen firearms. The year was capped with an increase in fraudulent unemployment claims and is likely to continue into 2022. There was also a 9% increase in traffic collisions with the two main contributing factors being (1) Failure to reduce speed and (2) Failure to yield the right of way. MHPD asks motorists to apply their makeup, eat their breakfast, update their social media, and get dressed at home instead of while driving to help reduce these preventable crashes.

Senate Bill 300 was signed into law in September of 2021 placing emphasis on the development of law enforcement early warning systems, duty to intervene, and reporting of excessive force. MHPD found themselves ahead of the game having already implemented early warning systems months prior, but increased efficiency through the acquisition of new tracking software and mandated review during any early warning notification. Training returned as a priority upon some COVID mandates relaxing generating nearly 5,000 hours of non-mandated training and implementing annual driver’s training.

Engagement with the community was also addressed in 2021 focusing on increasing social media outreach, updating crash reporting procedures to expedite crash reports requests being fulfilled, outreach efforts such as the monthly Coffee with a Cop program, and National Night Out. MHPD moved the annual National Night Out event to October aligning with more comfortable outside temperatures which hotter states typically host. MHPD partnered with Urban Air Adventure Park on October 5, 2021, and will look for increased opportunities to host at various locations. Coffee with a Cop has traditionally been limited to coffee shops and other businesses in the morning. However, the Versage neighborhood hosted the largest event of the year in the evening and the department is hopeful other neighborhoods will follow.

Moving into the new year brings more goals for the agency. A wellness committee has been diligently organizing and developing a program seeking to focus on employee wellness. In addition, a new Chaplaincy program was implemented bringing First Responders 1st on board who also partner with nearby agencies. Your police department is committed to serving our community in a fair, professional, and dignified manner. While there are many goals and visions, every officer in 2022 is being charged with answering daily “Who did you help today”. 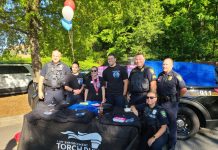 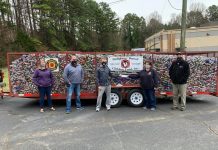 “Cans For A Cause” 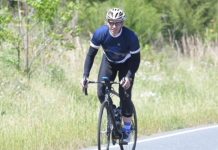 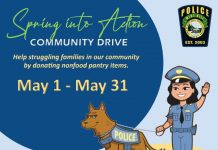 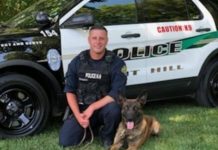 Behind The Lines: Pet Safety And Care Tips 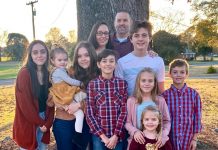